Showing posts from 2018
Show all

Block 48! Wow we are at the end of Timeless with a Twist! 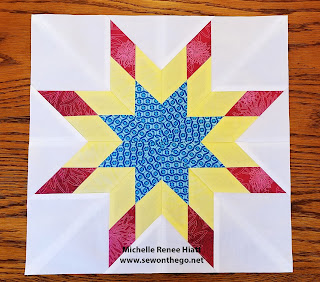 Block 48!  Wow we are at the end of Timeless with a Twist!  Can you believe it?  Well, I saved one of the best for last.


Later, in June 1934, Nancy Page selected the Blazing Star for third block in her series, the Stars of Many Points Series, in the Lowell Sun.  This block is one of the most published blocks I found, often referred to as several names, including; Morning Star, Star of Le Moyne, Eastern Star, Patriotic Star, Twinkling Star and many more.

Block 47 ~ Liberty Star! Second to last block in the Timeless with a Twist Series! 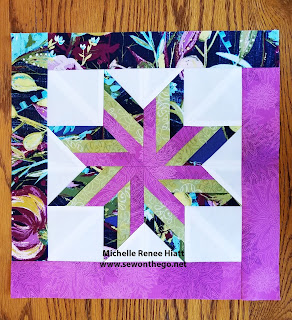 Block 43, Liberty Star, credited to Eveline Foland, was published in Kansas City Star, on August 10, 1932.
This block is a Lemoyne Star, made with three strips pieced into a diamond.  Then, set spinning clockwise, bringing the inner strips together in the center. Finally, the Liberty Lemoyne Star is framed using a set-in seam.  This block was later published as Star of Strips, in 1977 in the Aunt Martha Series, in Bold and Beautiful Quilts (1977).  This is a fabulous block to use in Christmas, Patriotic, or a Quilt of Valor.  The Liberty Lemoyne Star frame will provide a lot of dimension, even in a one block quilt.
We are going to make the Liberty Star, using the Rapid Fire Lemoyne Star Tool and the Liberty Lemoyne Technique.  Similar to the Banded Lemoyne of last week, this technique is available as one of the Lemoyne Technique Sheets.    I've provided a pictorial of this technique below.
Post a Comment
Reactions:
Read more 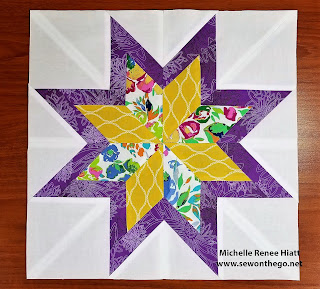 Today, the block is often referred to as the Banded Lemoyne Star and is one of my all-time favorites.It is challenging but well worth it!You will want to be very careful with your cutting and piecing on this one!The All American Star, a Banded Star, requires you to add a band around the diamond within your Lemoyne Star.You will want to make sure you are careful with your value placement, you want to make sure you have contrast between your Diamonds, band and background.This is the perfect opportunity to use a light value in your Diamond that is to close in value to your background.The band will give it enough separation.
The All American Star will come together easily with the Rapid Fire Lemoyne Star using the Banded Lemoyne Technique. If you love this technique you can pick up the Banded Lemoyne Technique Sheet and make sizes from 4" to 12".   I will walk you through the techniqu…
2 comments
Reactions:
Read more

Block 45 ~ Brunswick Star & Sale on Sunset on the Sound Tools! 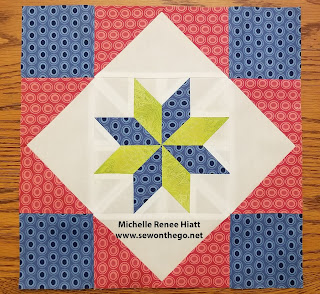 Block 45, Brunswick Star, by Laura Wheeler, was published in Illinois Star, on April 20, 1933.
This block is made up of a traditional Lemoyne Star, surrounded by four Flying Geese and anchored with four dark squares in the corners.   The Flying Geese give the block the illusion that Lemoyne Star is set on-point and within a cross.   This block would make an excellent one block quilt, with or without sashing and cornerstones, as it would create wonderful secondary designs.
This block comes together easily with the Rapid Fire Lemoyne Star and Wing Clipper.   If you need a refresher on either techniques, you can check out Block 43's Blog Post for the Rapid Fire Lemoyne Star and Block 4's Blog Post.  This week's download is available through Thursday, December 20th.

Both my fabric selections started with Blue (11).  For my first fabric selection I went with a Triadic color plan, pulling a medium Red (19) and light Spring Green (3).
For my second selection, I went into my…
Post a Comment
Reactions:
Read more 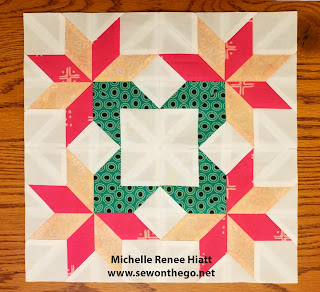 Block 44, Jackson’s Star, by Eveline Foland, was published in Kansas City Star, on May 16, 1931.
This block is made up of four traditional Lemoyne Stars, however each with three quarters light and medium quarters and one quarter dark.This block was later published as Four Star, in the Lowell Sun, on June 25, 1932 and credited to Nancy Page.

A few years later, in June of 1934, the block was ran again in the Lowell Sun, credited to Nancy Page, and now called Jackson’s Star.In 1934, it seems it was part of a Block series and the Lowell Sun clipping states, “This is Block 6 of the Quilt of Many Star Series by Nancy Page”.

I love that it was in a series in 1934 and that I get to repeat Jackson’s Star in my own block series.This is unique block setting, very similar to a Carolina Lily without having to worry about appliqueing the stem.I also think this is a great block to use in a Christmas Quilt. 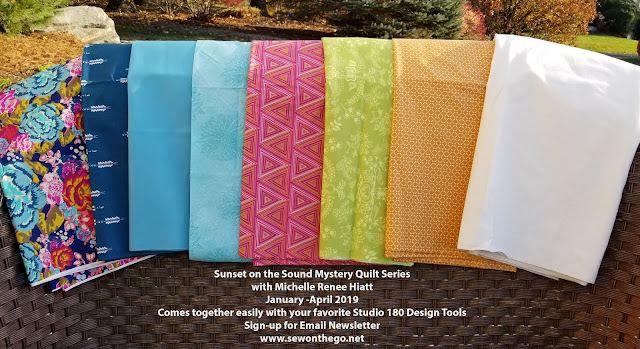 Series: This is a Mystery Quilt series and is for followers of my newsletter and blog.   Sign up for my weekly emails at www.sewonthego.net

You can join the Facebook group, for the Sunset on the Sound Mystery, and interact with others as we take this journey!  Please feel free to join, if you plan on participation.  The group is …
Post a Comment
Reactions:
Read more 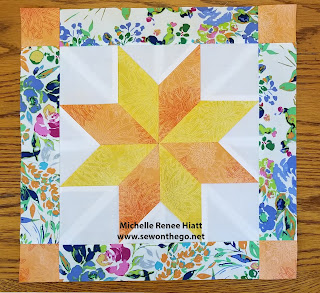 Block 43, Lemon Star, by Ruth Finley, was published in Old Patchwork Quilts and the Women Who Made Them, in 1929.   This block is made up of a traditional Lemoyne Star and framed with border and cornerstones.
This block was later published as Diamond Cluster in a Frame, in the Kansas City Star, on March 21, 1956.  What is funny, is that the 1956 clipping included a Lemoyne Cookie recipe.  I wonder if an editor changed the name of the block at the last minute, or if the Lemon Cookie recipe was a coincidence.

Stephen and I have a tradition of making Lemon Cookies every Christmas, with fresh lemons from our Lemon Tree, we give them to those who provide a service to us all year through, and they are fabulous!  I know this, as my mailman starts lingering around December 1st and each week after that (he deserves a few batches).  The lemons are coming in now, so I know it is time to start baking and I thought it fitting to make the Lemon Star block, the first Lemoyne Star pattern to be fea…
Post a Comment
Reactions:
Read more 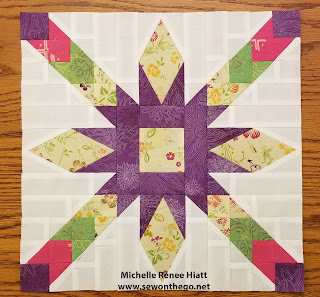 Block 42 is Christmas Star!  Christmas Star, by Eveline Foland, was published in Kansas City Star, on December 19, 1931.
This block is made up of Diamond Rectangles, and four shades of Half Square Triangles crisscrossing the center.  This block was later published as Snowflake, also by Eveline Foland in Feb 23, 1933.  In just exploring my grandmother’s clippings, I found over 15 blocks reference as the Christmas Star, however this version I found to be my favorite.  It is extremely unique, I for one have never seen it, and therefore felt it had to be included.  While it will test your piecing skills, is totally worth it. The shading of the Half Square Triangles and Squares drives the eye outward creating great depth in the block.

This block comes together using the Diamond Rects and Tucker Trimmer 1, given the number of Half Square Triangles, we are going to use the Eight at Once method.

You may have noticed that I didn't say easily.  😊  The Diamond Rects and Half Square Trian…
Post a Comment
Reactions:
Read more 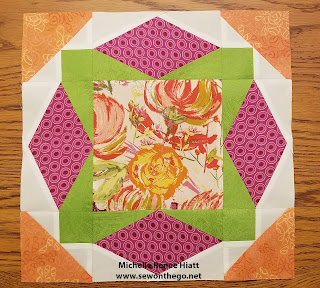 Block 41 is Baton Rouge Block in my Timeless with a Twist Series! It was published in Ladies Art Company in 1922.
This block is made up of Diamond Rectangles and Shaded four-patch units.   The Diamond Rects are made with dual-colored side triangles.  The block was also published as just "Baton Rouge", in 1934, by Nancy Page, in the Birmingham News.  However, this is not the Baton Rouge Square, that is a different block.  This block, the Baton Rouge Block, is a perfect block to use a large-scale print in the large center square.

With its clean lines, this block would make a great alternate block, as it creates a fabulous secondary design, without stealing the staging from a main block.  Classic, elegant and timeless, just like its namesake the city of Baton Rouge.

This week, I went with a split-complementary plan for both of my fabric selections.

For my first fabric selection, I selected that fabulous light-blue red (18) floral fabric for my center.  Given the size of that…
Post a Comment
Reactions:
Read more
More posts 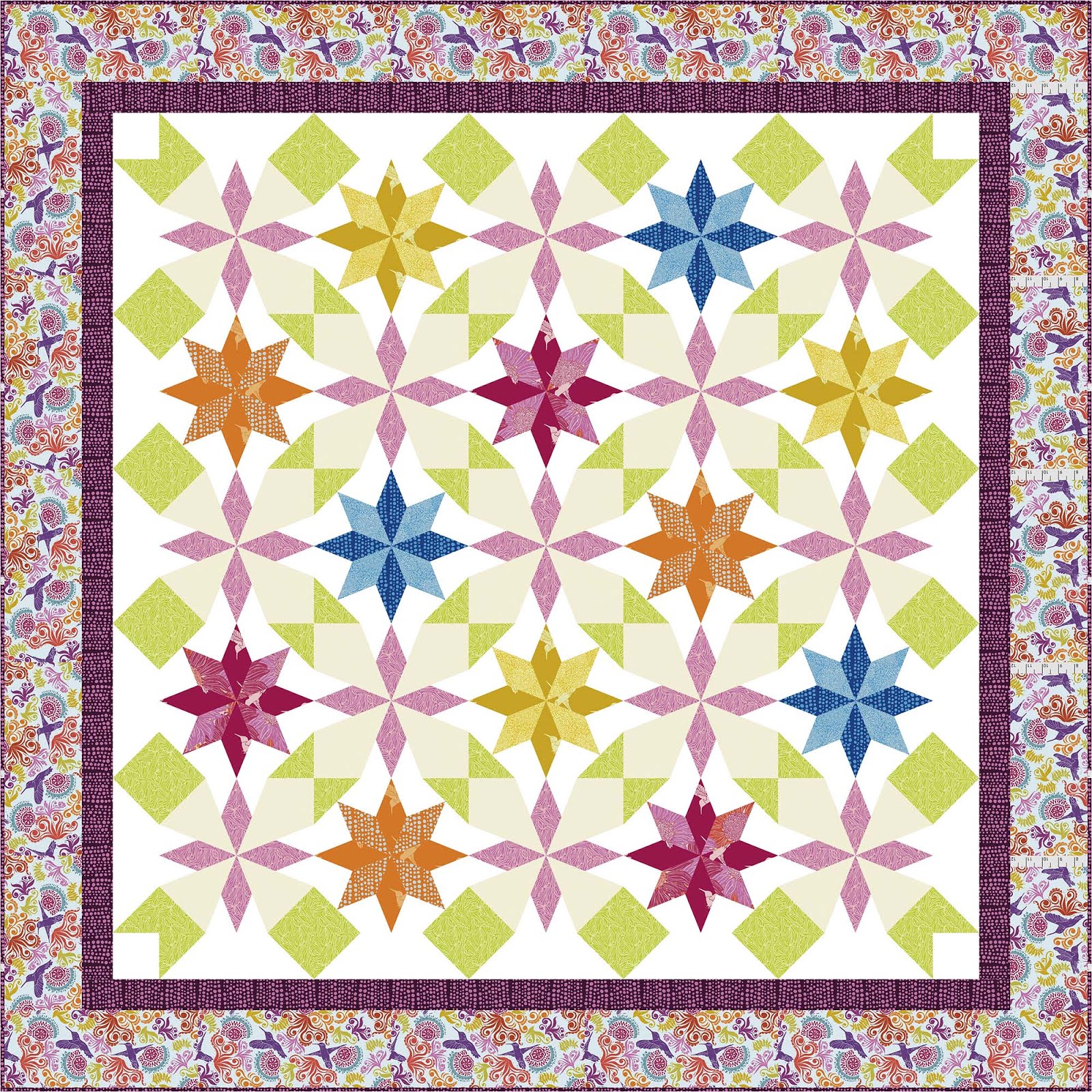 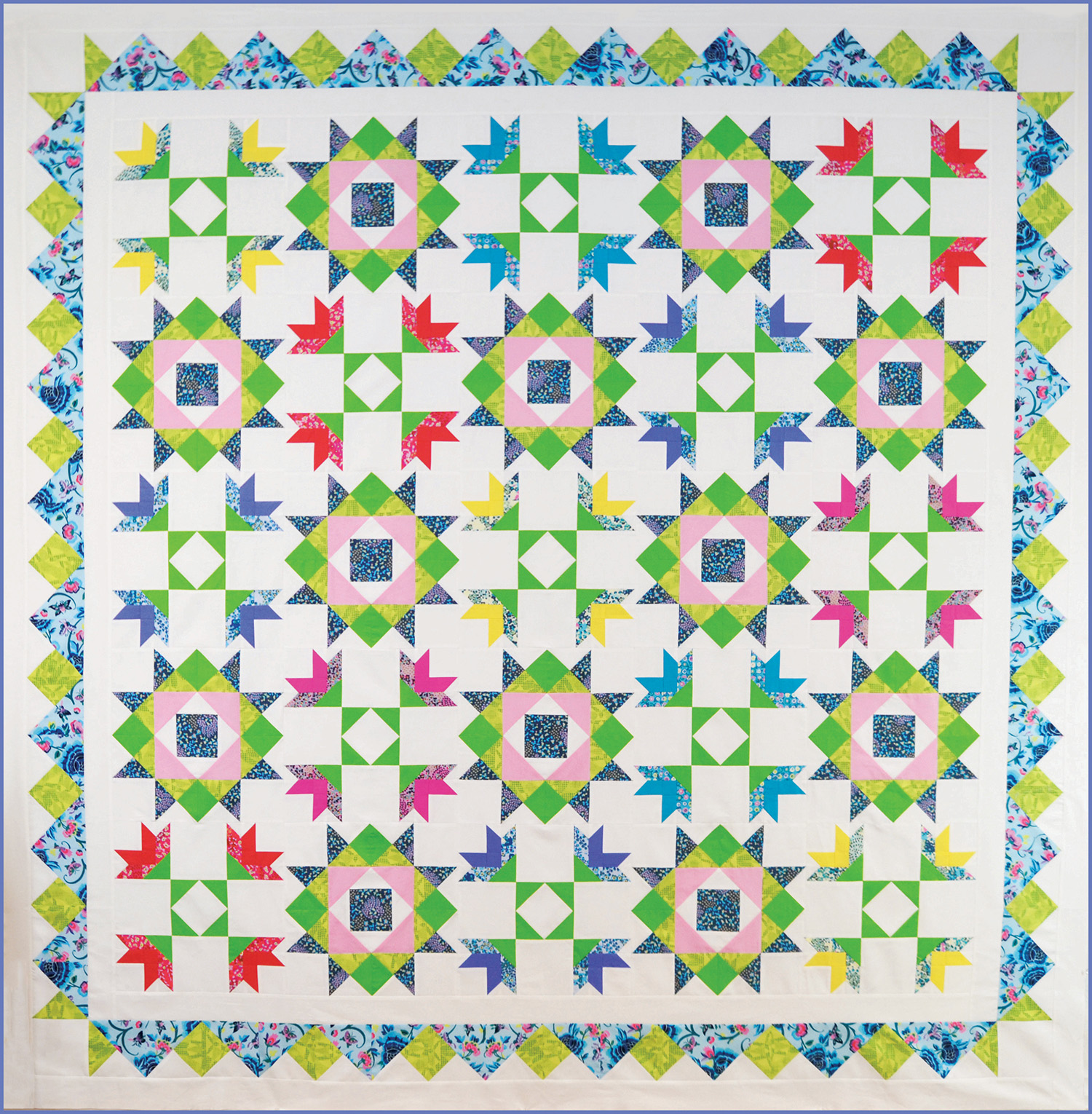 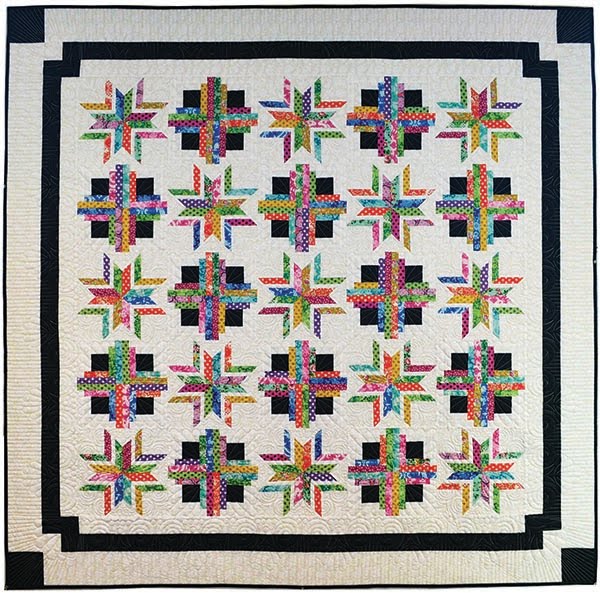 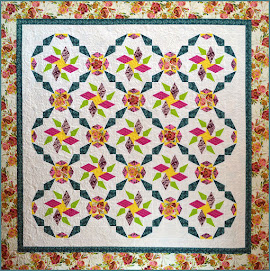 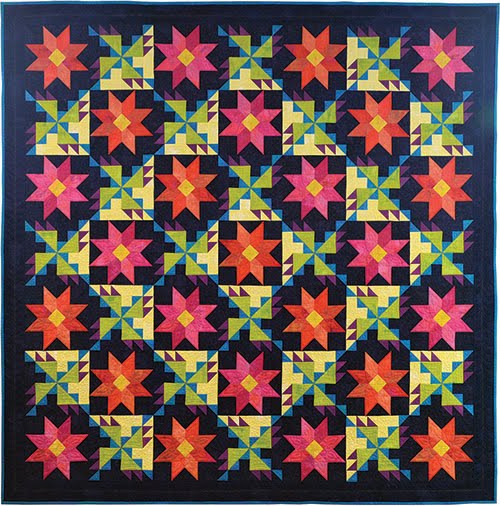 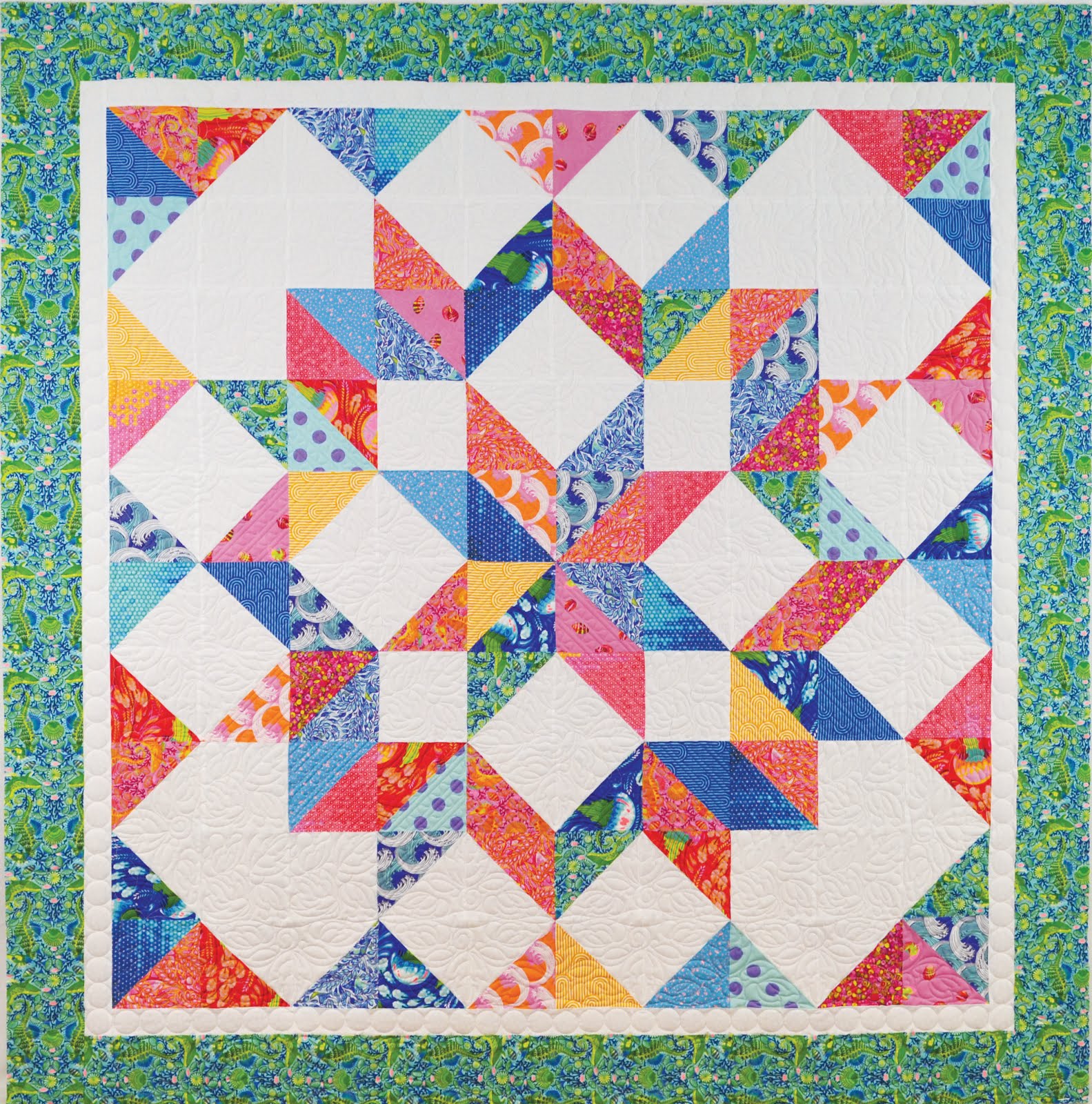 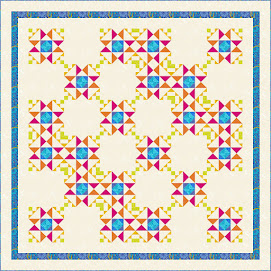 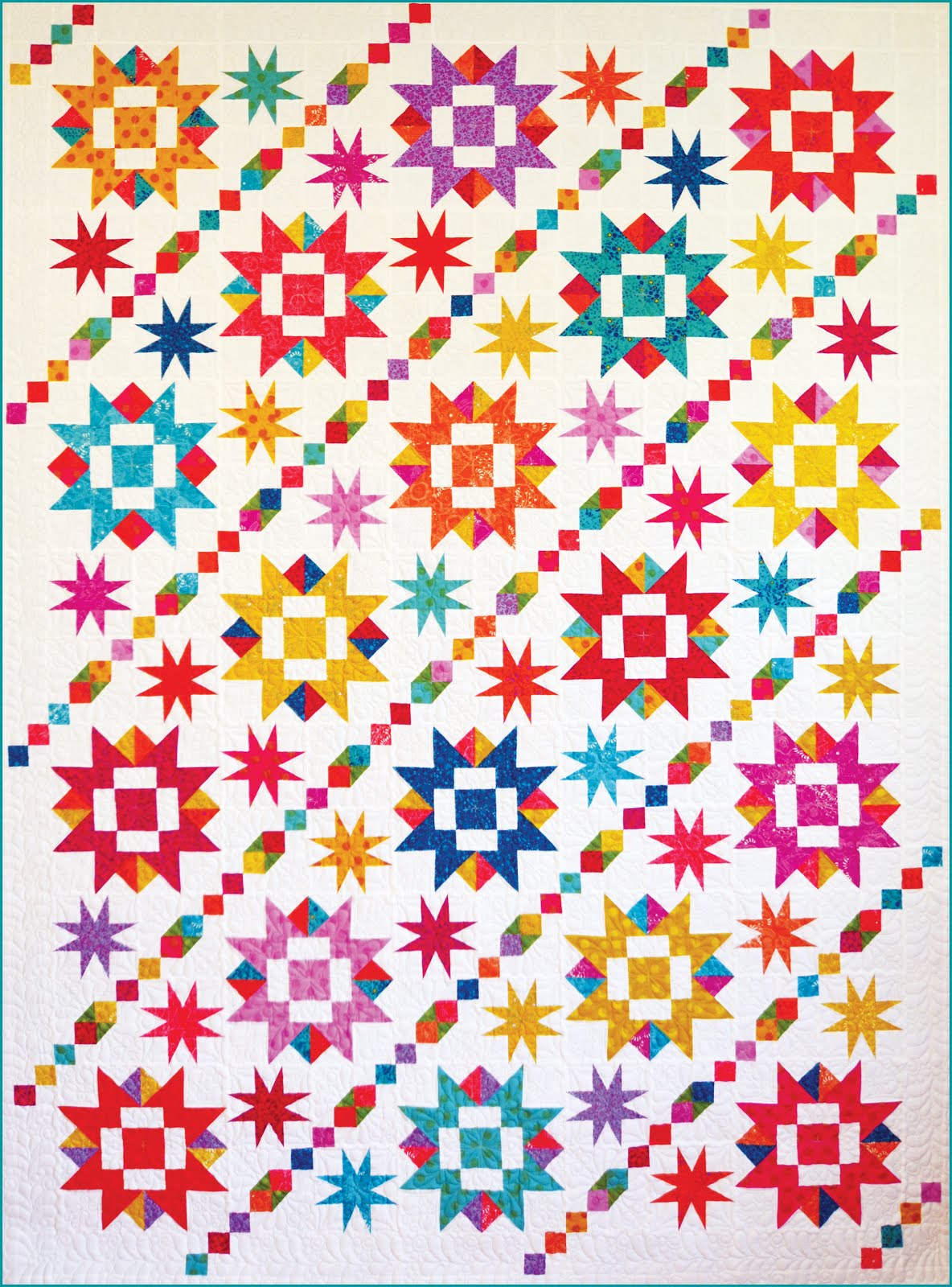 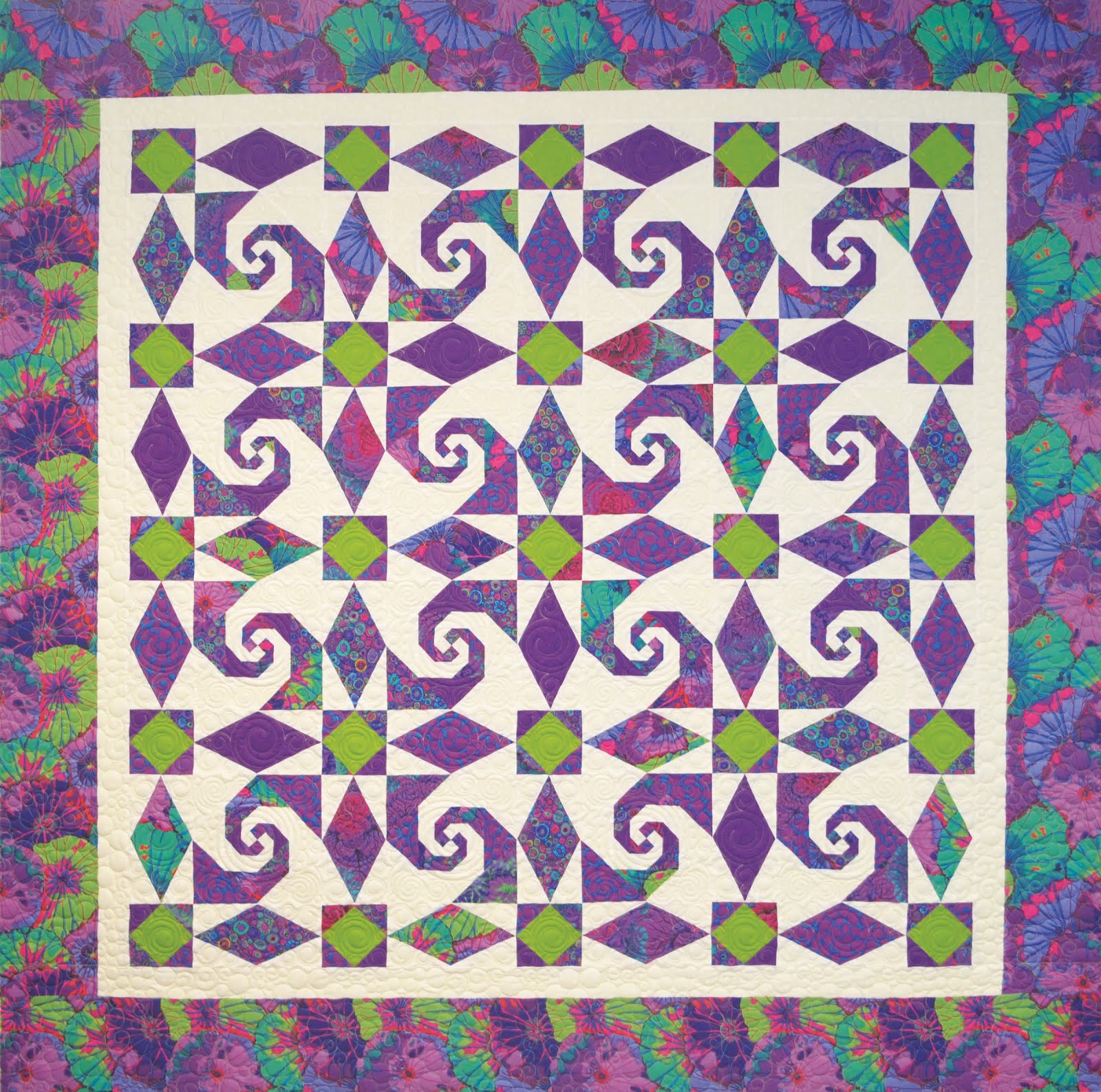 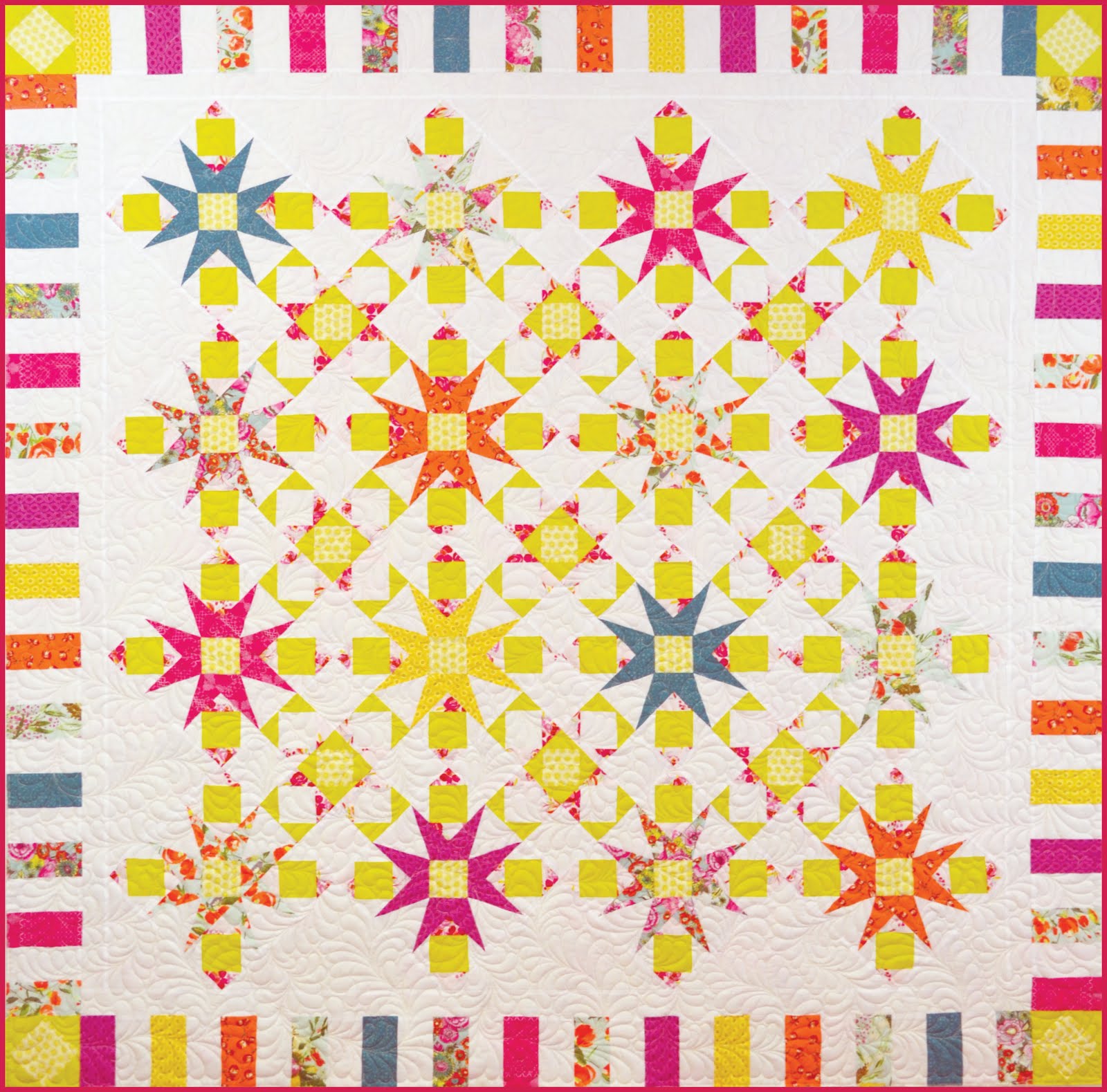 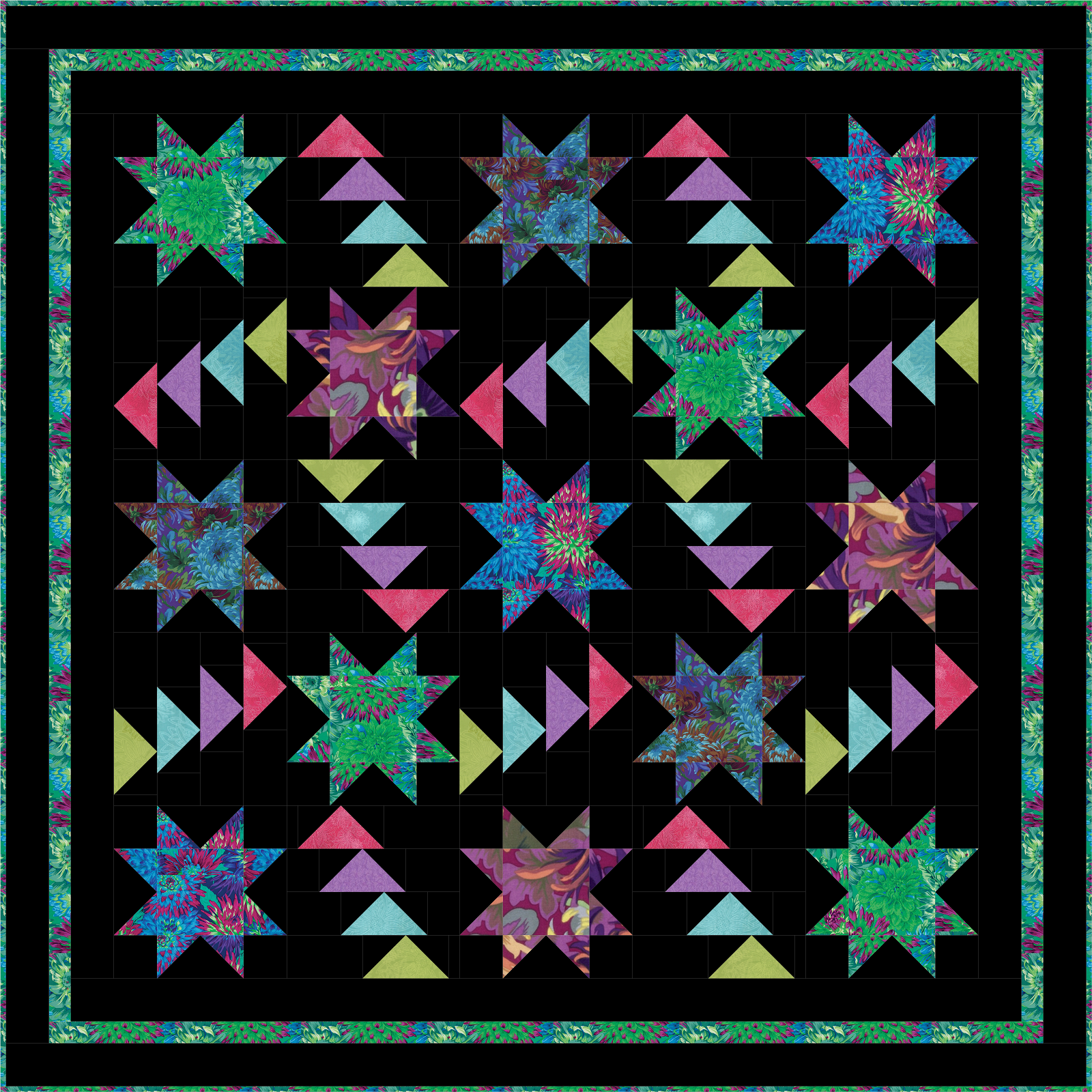 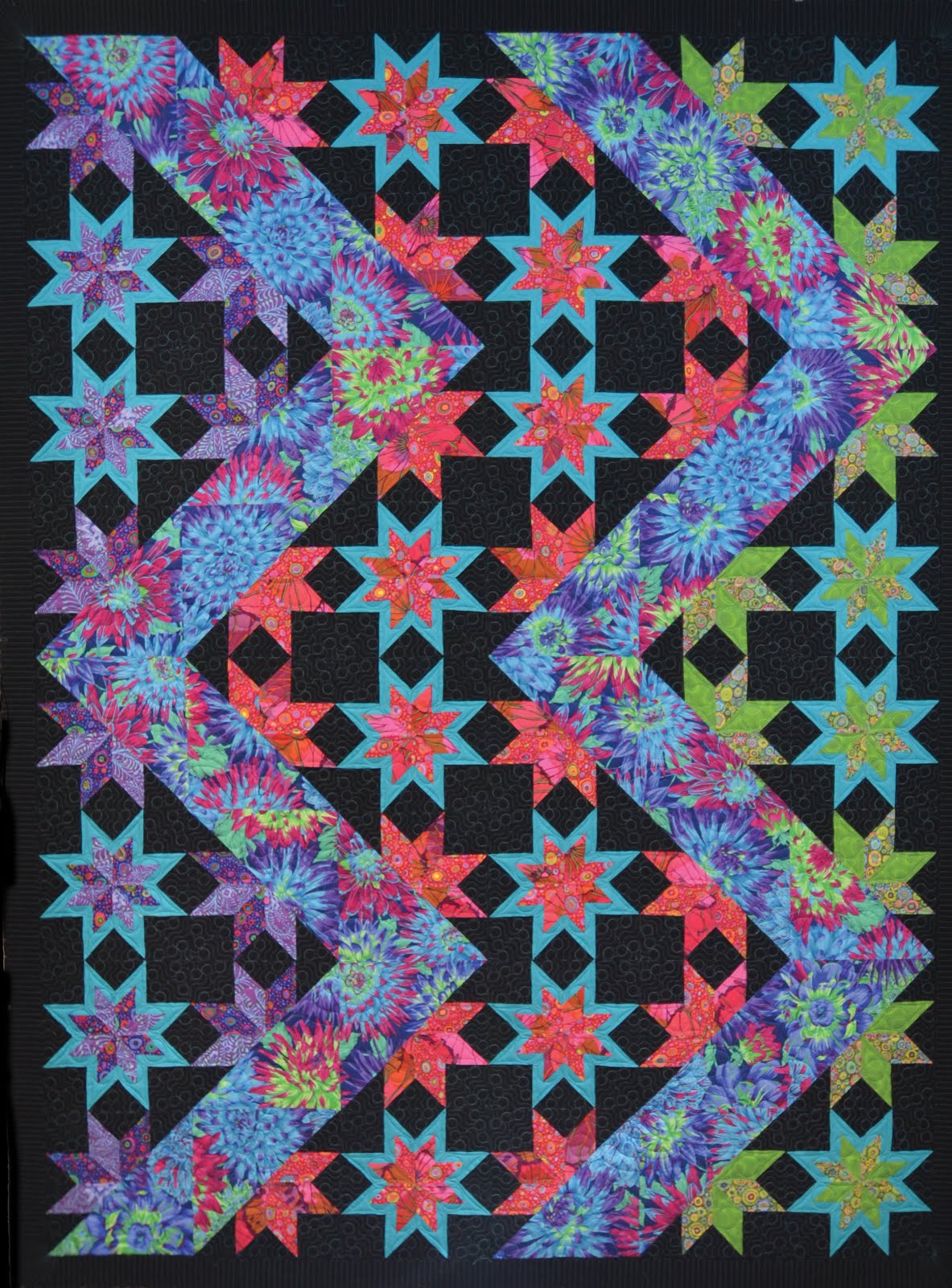 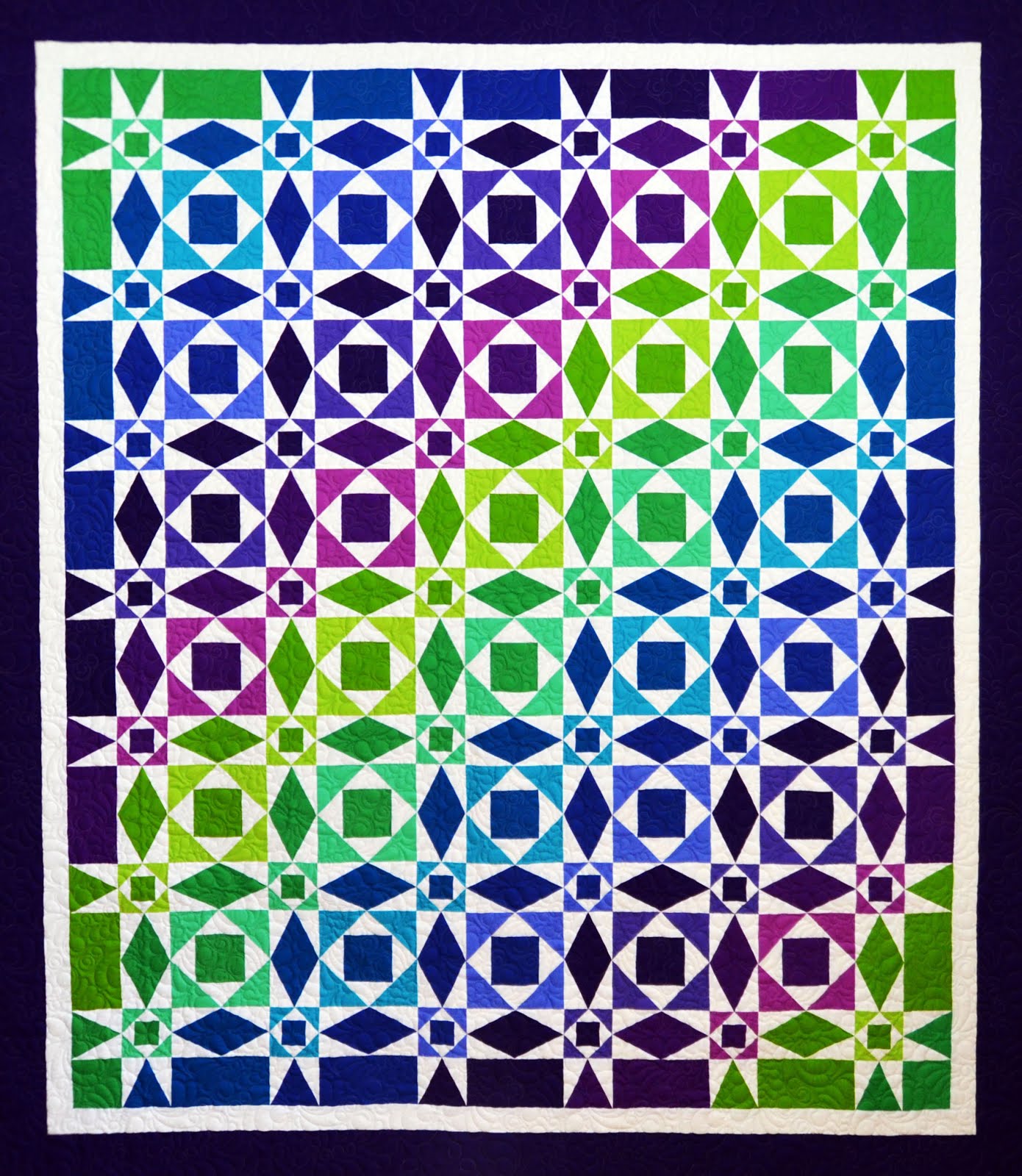 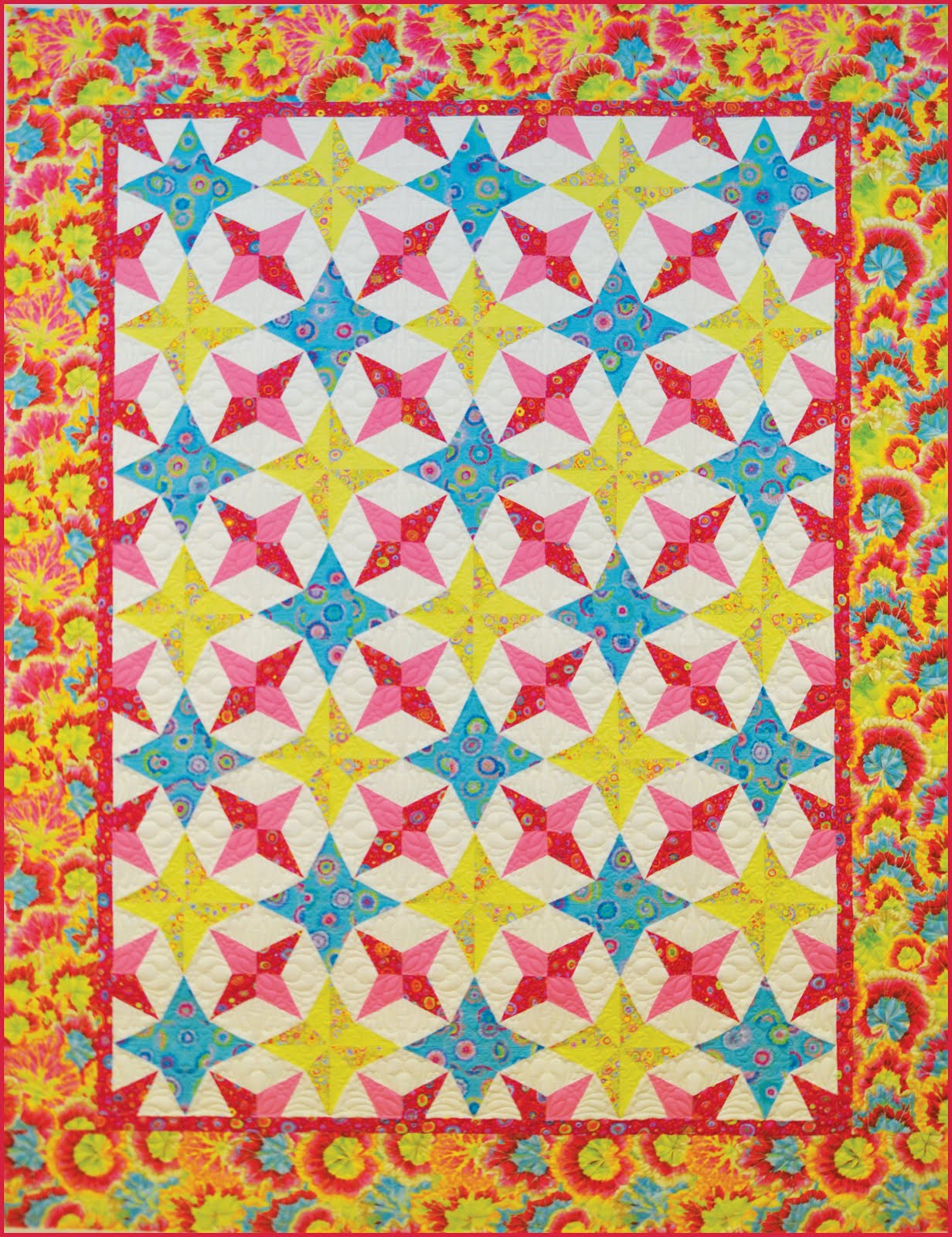 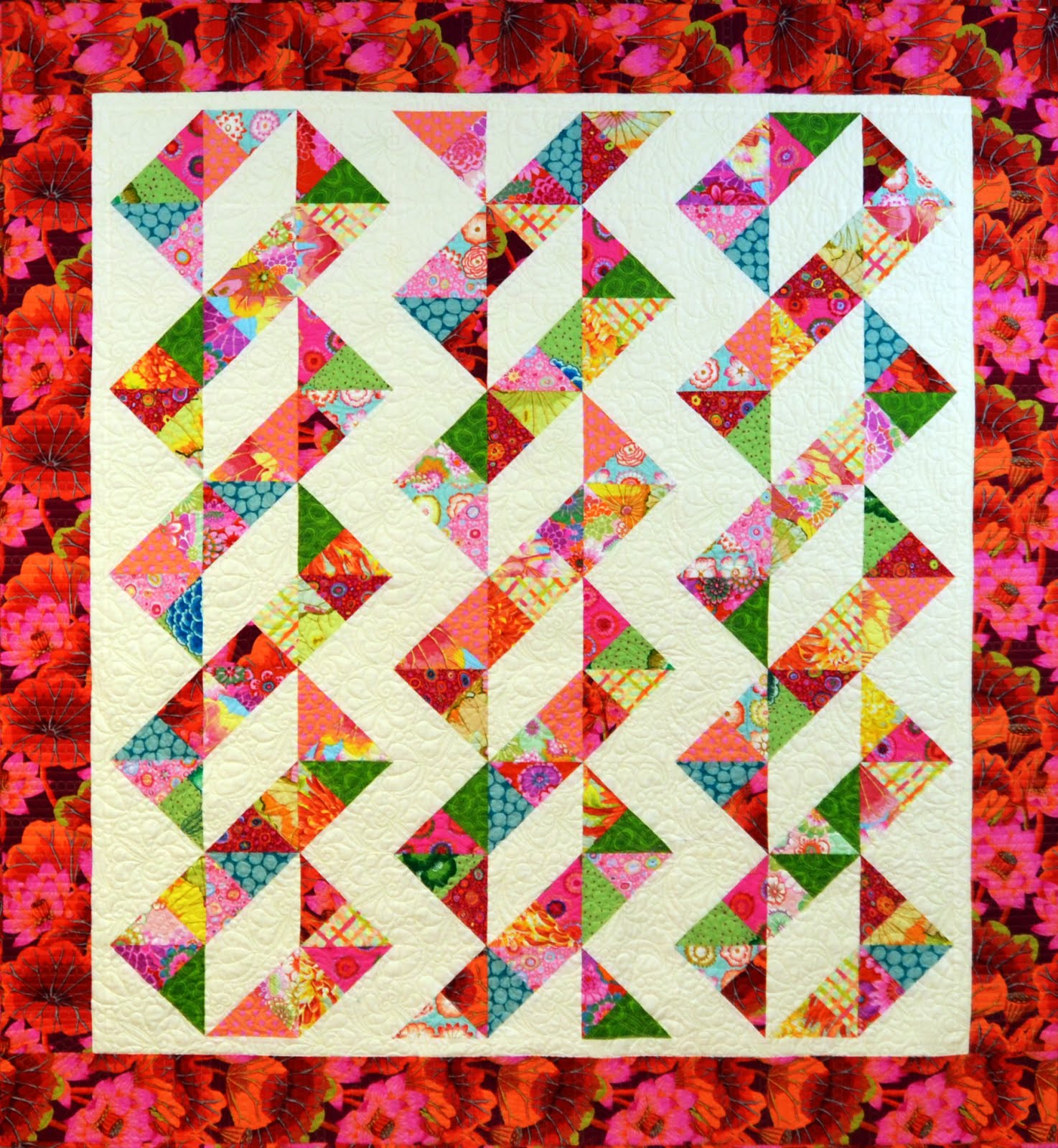